Quite the adventure filled few days.  Before you wonder what I’ve gotten myself into, let me breakdown the blog title:

Friday:  Drag Queen Bingo – Royal Oak (side note:  bingo only, no dress up for me…not that there’s anything wrong with that…) 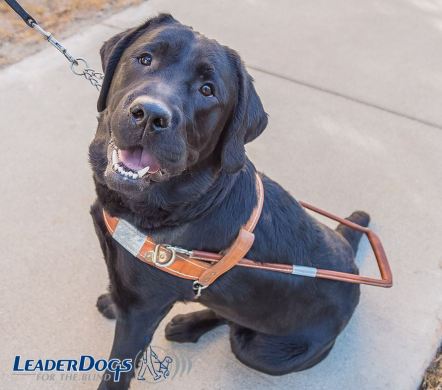 The City of Rochester Hills has started an interesting program for their employees – touring different locales within the city in hopes of educating employees as well as hoping that those same employees spread the word to others.  This is my first after work tour with the city and one that I was not going to miss.  I love dogs and have always thought how wonderful and fulfilling it would be to work in the service dog industry.

Leader Dogs for the Blind was founded on April 4, 1939 by the Lions Club as the Lions Leader Dog Foundation. The next month, the Foundation leased a small farm in Rochester Hills to house their new venture. Fifty dollars per month rented a farmhouse for the clients and staff, a barn for the dogs and a garage.  The first class of the official Lions Leader Dog Foundation graduated on October 8, 1939. The cost to graduate a client/dog team was $600.  The current facility, aka the international headquarters,  although much larger and remodeled, is still on this same piece of land.

Fast forward to present day – Leader Dog has paired almost 14,000 dogs with the visually impaired worldwide making it one of the largest organizations of its kind.   Currently, the cost to graduate a client/dog team is now averaging $39,000.  Leader Dogs is a nonprofit organization where all expenses, including room and board, airfare, and the dog itself, are offered free of charge. An Applicant, after being accepted into the program, travels to Leader Dogs headquarters and must spend from nineteen to twenty-six days of training with his or her new dog, after which the dog belongs to the applicant officially. 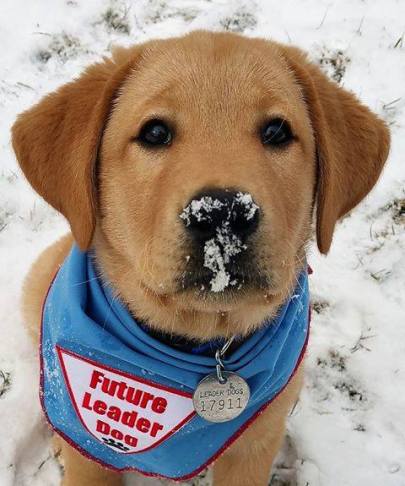 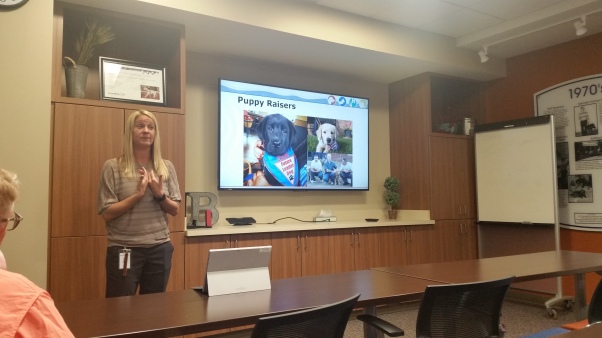 What a wonderful field trip – thank you City of Rochester Hills.  I’m sure a lot of visitors who tour the facility hope they will be able to frolic with puppies and interact with the dogs.  That is not the case.  It is a very structured environment with complete vet, breeding and training facilities.  The volunteers and workers are professional and friendly but realize that they have a very important job to do in keeping the visually impaired safe.  These dogs have someone’s life in their “hands”.

Friday night, a few car loads of co-workers headed to downtown Royal Oak and a venue called Five15.   Let me be clear –  Drag Queen Bingo was NOT a city sponsored event for employees.  No way.

Let’s just say, Five15 could be a fire marshal’s nightmare.   The place was packed full for the two hour show with women and men of all races and orientations, which made the pickings easy for Sabin.   No one and nothing was off limits – I mean nothing.  He was raunchy and rude but hilarious and had the place screaming with laughter.  It was a great time to just let loose – you could say the event was cathartic.  Our seats were upfront which meant we were easy targets.  We had one co-worker as his go to target; thankfully, she has a sense of humor and/or at least no sense of political correctness when she entered those doors because he spared her no mercy.

Not embarrassed to say that I enjoy bingo and was a little disappointed that we only played a few games, but Sabin’s ongoing chatter as he rolled the old bingo ball drum made up for it.  I came close to winning a few times, but if you win, you have to go up on stage and join Sabin in what could be some uncomfortable banter.  So you want to win, but you are nervous about winning.  I think I could have handled Sabin, plus I would have won a t-shirt and mug. 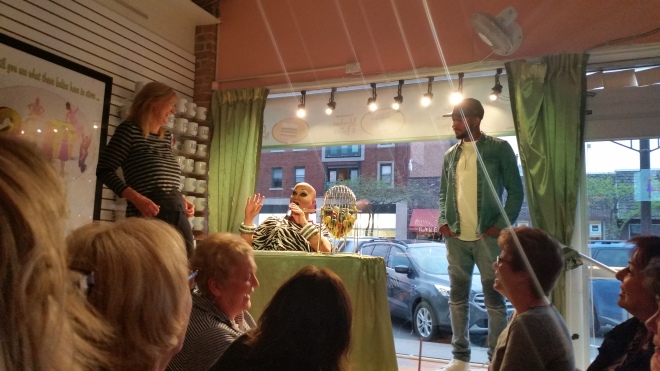 This show is definitely not for the faint of heart or those easily offended.  I enjoyed it, it was only $20 and I got to know my coworkers in a different light.   Would I go back?  Probably not.  But I would go back to explore Royal Oak, and I suddenly have an urge to search out some bingo halls.

Ah, leg 2 of our concert tour.  Son and I headed off to Grand Rapids, MI on a rainy Sunday to attend a concert of one of his favorite bands, Breaking Benjamin.

Grand Rapids is a nice city and one that I hope to return to and explore more.  We stayed right downtown at the City Flats Hotel.  The hotel is billed as eco-friendly and I could see that throughout.  Very modern and best of all – walking distance to everything that we needed for that night and the next morning.

The concert was being held at 20 Monroe Live which just opened in February.  I know how nasty concert venues can be so I was very happy to hear this.  Had a light dinner, tasted some home-brewed beers at Grand Rapids Brewing Company and then headed out.

Thumbs Up:  Security and employees everywhere you turned, felt safe, clean, bands were on time, sound was great

Thumbs Down:  Felt like I was in a stampede leaving my seat and out in the hallway.

We had a few wackos around us as is common at these kinds of concerts.  But no liquid of any kind was spilled on us and no one stood up during the songs in front of us.  Win, win.  Breaking Benjamin did not disappoint my son, and I knew quite a few of their songs after hearing them for the past 8 years.  I did have to stick my fingers in my ears so that I could hear the lyrics over the bass but hey,  being one of the oldest there, who cares.  Oh, and when they played a cover of “Smells Like Teen Spirit”, you know who knew all the words.

Great concert experience and stay in Grand Rapids.  And to top it off, we got to have breakfast the next morning with a member of the National Champion Aquinas Men’s Hockey Team!

See ya Grand Rapids and thanks everyone for stopping by for my latest adventures!  Until next time…